BB King is the blues artist of the week. I know many of you love BB King. He passed last night in Las Vegas. He will be missed. He was a great musician and an awesome guy. He really had an influence on blues music. He would captivate crowds with his guitar playing from Lucille and his emotional sing of his songs

artist of the week:
BB King really had a big influence on my music.  I remember growing up and the only music I was allowed to listen to was such greats as BB King, Lightnin’ Hopkins, Bobby Blue Bland, Muddy Waters & more. When he sang and played guitar, you could listen to him for hours and feel the raw emotion from his music. He was a true blues man that will be missed. I have included some of my favorite BB King Songs in this blog. Enjoy!!

Woke up this morning
After another one of those crazy dreams
Oh, nothing is going right this morning
The whole world is wrong it seems
Oh, I guess it’s the chains that bind me
I can’t shake it loose, these chains and things

Oh, I would pack up and leave today people
But I ain’t got nowhere to go
Ain’t got no money to buy a ticket
And I don’t feel like walkin’ anymore
These chains that bind me
Oh, I can’t lose, I can’t lose these chains and things 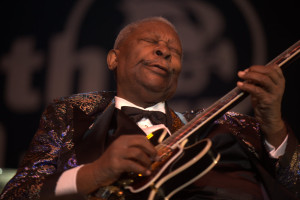 Blues Artist Of The Week~

Here it is, our Blues Artist of the day for the Blues Musicians series in this blog:) I hope you like it and I hope you email me more suggestions (moses@mosesjones.net). I’d love to know what you think are the top blues musician of the today or of those that are timeless ~

Rolling Stone magazine ranked him at No. 6 on its 2011 list of the 100 greatest guitarists of all time (previously ranked No. 3 in the 2003 edition of the same list), and he was ranked No. 17 in Gibson’s “Top 50 Guitarists of All Time”. According to Edward M. Komara, King “introduced a sophisticated style of soloing based on fluid string bending and shimmering vibrato that would influence virtually every electric blues guitarist that followed.” King was inducted into the Rock and Roll Hall of Fame in 1987. He is considered one of the most influential blues musicians of all time, earning the nickname “The King of Blues”, and one of the “Three Kings of the Blues Guitar” (along with Albert King and Freddie King). King was also known for performing tirelessly throughout his musical career, appearing at more than 200 concerts per year on average into his 70s. In 1956, he reportedly appeared at 342 shows.

In 1990, King was awarded the National Medal of Arts by President George H.W. Bush. In 2006, he received the Presidential Medal of Freedom from President George W. Bush. He is widely regarded as one of the most influential blues guitarists of all time, inspiring countless other electric blues and blues rock guitarists.

BB King Will Be Missed!! 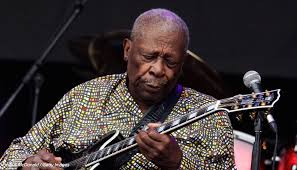